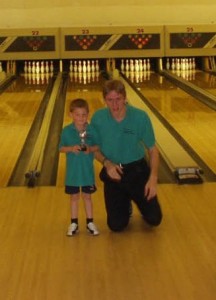 Once upon a time there was a YBC bowler known as Little Jamie. He was a good bowler for his age and at nearly every tournament we were asked “how old is he?” and everyone was amazed when they learned how young he was.

Then someone suggested a photo with Chris Manders would be fun – even kneeling he towered above Jamie.

But then Jamie started growing………. 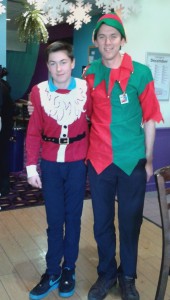 Jamie is still a junior but is rapidly catching up Chris. They even bowled as partners in the Scotch Doubles.

The BIG Questions are:-

Will Jamie be taller than Chris?

When will he stop growing?

Do we dare let anyone else be pictured alongside Chris again?

Have they an unfair height advantage for Scotch Doubles?